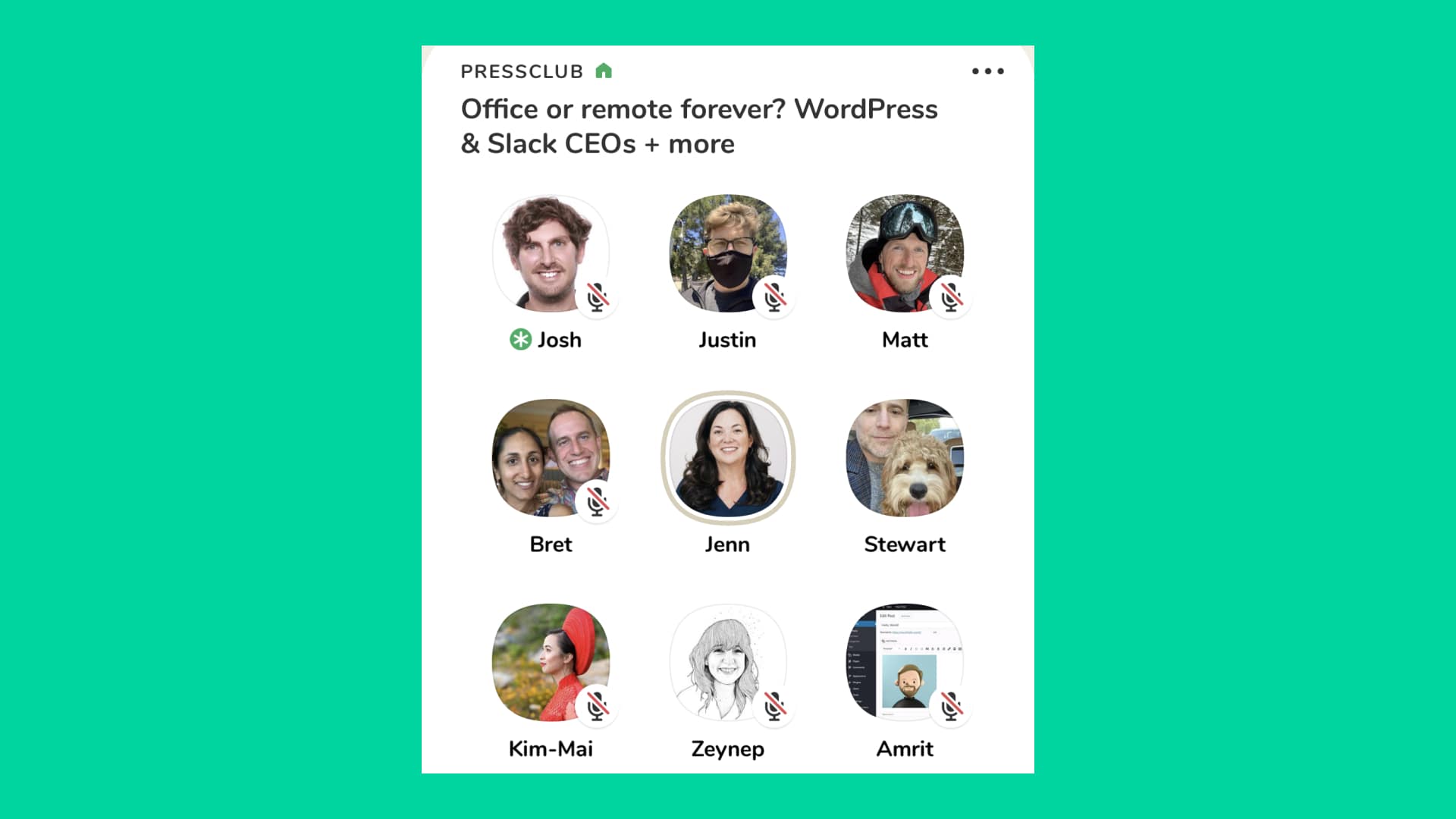 This is going to be an iterative process and mostly we won’t get it right the first time.

Every week on Josh Constine's Clubhouse show PressClub, a group of journalists, experts, and founders comes together to discuss the top stories in tech. Last week, the show tackled the topic of hybrid work and featured Raise’s own CEO Justin Bedecarre.

Since the COVID-19 pandemic forced many employees to transition to remote work more than one year ago, many companies are rethinking how they work. While the hybrid work model has long been prevalent in the tech world, even more companies have begun to embrace the idea as they take intentional steps to bring their employees back to the office.

“This is going to be an iterative process and mostly we won’t get it right the first time,” Bedecarre said on the show. “There has been so much inertia to changing the workplace that has been building up for centuries and it took a pandemic to invert that inertia and make people rethink how, where, and when they want to work.”

“I think there’s a lot of work to do around education, in terms of what we’re doing to make the offices safe, but also still make them engaging,” said PagerDuty CEO Tejada.

Many are hoping vaccinations will be the key to keeping employees safe; health experts indicate increased vaccination rates will mean decreased infection rates once the country reaches herd immunity. Employers may not be able to force employees to be vaccinated, however, and companies will still need to figure out ways to protect their unvaccinated employees in the office.

According to a Salesforce survey, a hybrid work model is becoming increasingly attractive to employees. In June 2020, only 23 percent of Salesforce’s 60,000 employees wanted to return to the office. In a recent survey, 72 percent said they wanted only two or three days per week in the office and between 80 and 90 percent said they want to be distributed at least two days per week.

Juggling the different schedules that come with a hybrid model can be difficult, however.

“We’re going to have a lot of work to do to figure out how to be efficient when you don’t know who's going to be in the office when, because a lot of our employees are going to choose to be hybrid,” Tejada said.

In order to address this issue Salesforce is developing a system where teams would create an agreement that dictates how they collaborate, including the days of the week they will be in the office and what mediums they will use to communicate.

“Going back with flexible work is going to demand a lot more formality around the way we work. When you work, it’s not a single player game, it’s a team sport. How do you get the right people in the right space at the right time,” Salesforce COO Taylor said. “It’s really about trying to maximize the use of our space and also trying to recognize that the flexible work future is as much about how we team, as much as it is an individual decision.”

Now that the pandemic has transformed the way we work, guests on the PressClub show said it will be difficult to return to the way things were.

“Once you have that taste of freedom, it’s hard to return to your previous state, once people see how they can integrate their work and their life, how they can improve their quality of life, and improve their creativity by having more control of their environment,” said WordPress/Automattic CEO Mullenweg.

Offices of the future might look different than they do today, but our research indicates that either way, for many companies, the office is here to stay.

“Coming off of the largest remote experiment in history, demand for companies to get back and lease new space is off the charts,” Bedecarre said on the PressClub show. “Last year, when everything shut down in March and we all left our offices, the market was frozen. When the new year hit in January, things started picking up, companies started reengaging. And now by March, we’re back to above 80 percent of the demand we had pre-pandemic.”

Contact us for more information on designing a workplace that meets your needs.

This is going to be an iterative process and mostly we won’t get it right the first time.